Mr Mulligan’s work is represented in galleries internationally, and collected by everyone from Hugh Hefner (where his work was recently featured in Mr. Hefner‘s lifetime estate auction) and Johnny Depp to Dick VanDyke, Richard Sherman (half of the Oscar-winning song writing duo of Mary Poppins) and Roger Daltrey. An artist with a career long relationship with the Walt Disney Company, spanning over two decades, projects include Animazement, Light Magic, Haunted Mansion Holiday, and newly revitalized classics from Walt Disney Feature Animation.

His design, fine art and gallery work includes Playboy, Coca-Cola, the Magic Castle in Hollywood, Fox, Dreamworks, Warner Brothers, the Chuck Jones Family, Marvel, DC, Lexus, and the Elvis Presley Estate (where his solo art show at the Bellagio in Las Vegas, shattered all previous records). His corporate, comic convention and artist appearances have taken him to the ends of the earth, with destinations such as Dubai, London, Kuwait, Berlin and Singapore (and every spot in between).

Also a popular social media influencer, his behind the scenes and slice of life stories have proven to be a phenomenon, with approx 200,000 pairs of eyes participating in his adventures daily across multiple platforms. When not galavanting off across the globe to ride camels or rappel down waterfalls, Mr Mulligan can be found having ice cream on his local pier with his kids, stopping to pet stranger’s dogs or practicing ukulele. 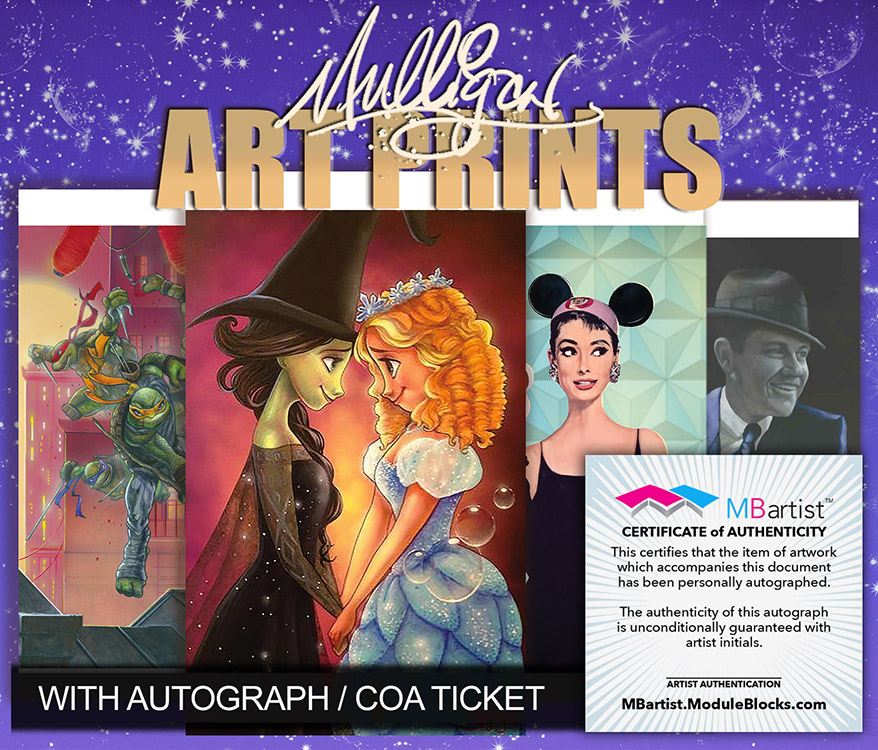 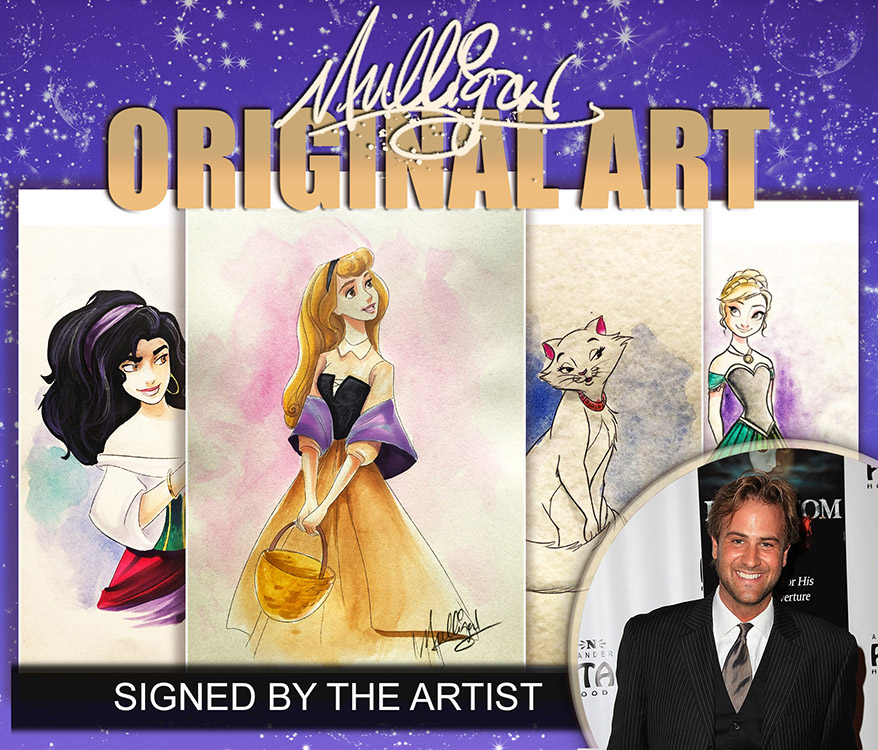 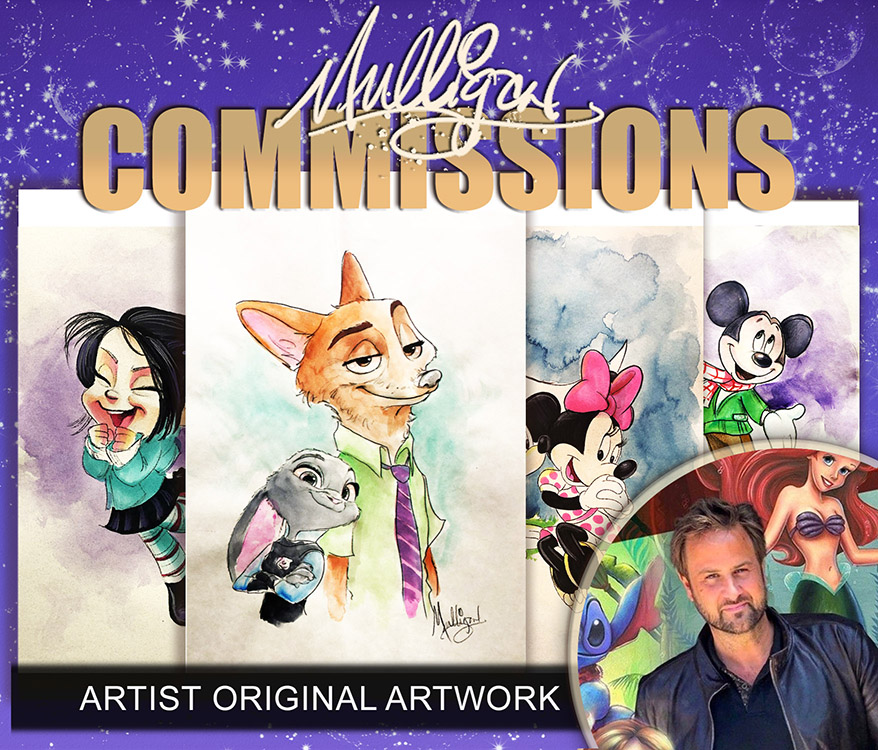