Joe Rubinstein is a 40+ year veteran artist renowned for his work in the acclaimed 1982   mini-series along with Chris Claremont and Frank Miller, as well as his record-setting 20 years tenure on   (inking more pencilers than any other inker in history). He was the recipient of the prestigious Eisner Award in 2004 for best humor publication for DC’s Formerly Known as the Justice League.

Working primarily as an inker, Joe’s artwork has been immortalized by such other iconic U.S. comic publishers as DC and Dark Horse. His work includes Marvel’s Infinity Gauntlet series featuring Thanos.

Joe was born in Germany and, after moving to the United States, started his comic book artist career in the early 1970s as a teenage office assistant to Dick Giordano and Neal Adams at their studio, Continuity Associates. Giordano taught the kid to ink, and by age 17, Joe was practicing on photocopies of Mike Nasser’s first-ever gig—pencils for a backup feature in Kamandi #45-46. Nasser showed the results to editor Gerry Conway, who then gave Joe the story to ink himself.

Among his extensive inking credits (which include more than 2,500 comic books) are work with Michael Golden on Micronauts, Jim Starlin’s Avenger Annual #7, and Aquaman with Don Newton. Later assignments include ArchEnemies for Dark Horse Comics, and co-inked issues of DC Comics’s Ion mini-series and Green Arrow/Black Canary.In 2016 he was inducted into the Joe Sinnott  Hall of Fame. Joe is also the recipient of the 2003 Haxtur Award from the Salón Internacional del Cómic del Principado de Asturias (an international comics convention) for his three-part arc in the Tangled Web of Spiderman series.

But the Official Handbook of the Marvel Universe remains one of Joe’s proudest achievements. “Mark Gruenwald said, ‘We’re doing this encyclopedia, and we would like you to ink as many of the figures as you want.’ And I said, ‘I’ll ink all of them,’ which turned into a gold mine and a godsend. And he picked me because he knew that I would not make a homogenous look of it, and I honestly think I chameleon my style enough to fit the project.” Joe pays it forward by having assistants who have gone on to long careers in comics like Kyle Baker, Jose Marzan, Jr., Tom Christopher and discoveries of Dale Keown and Arthur Adams. 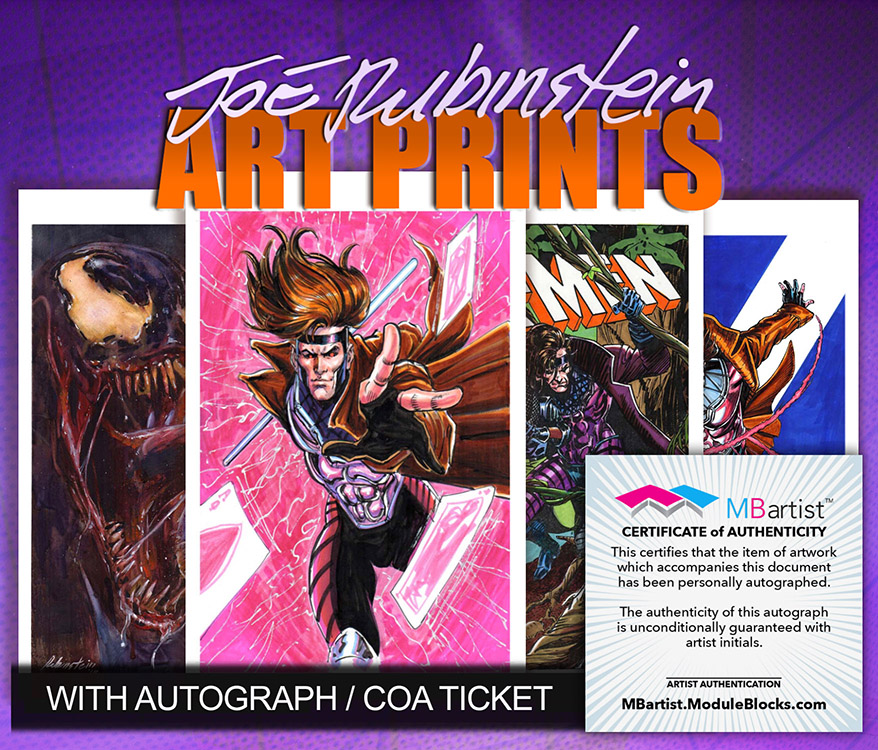 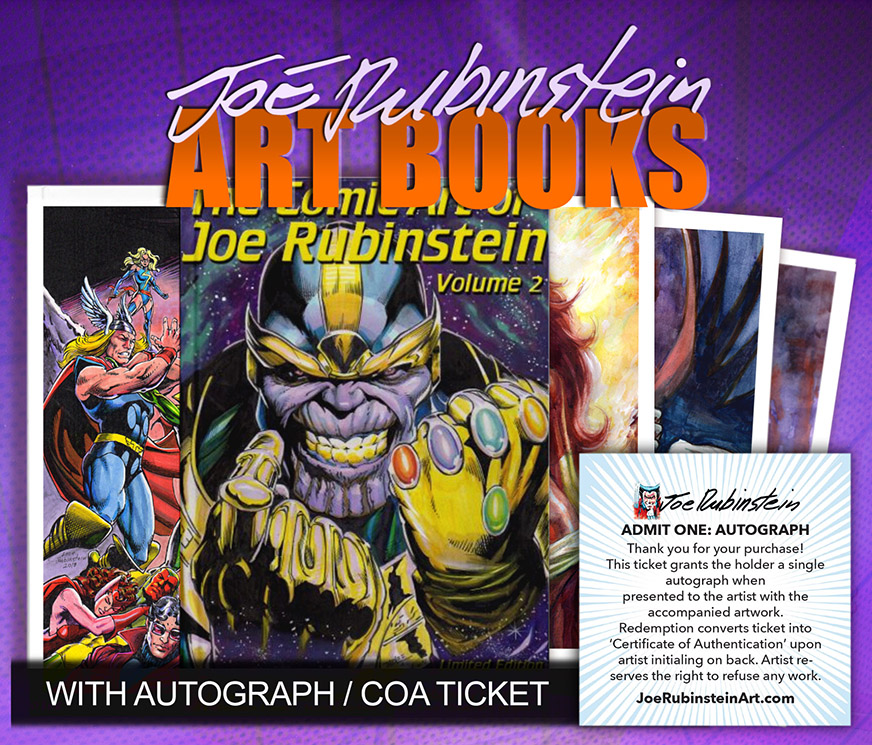 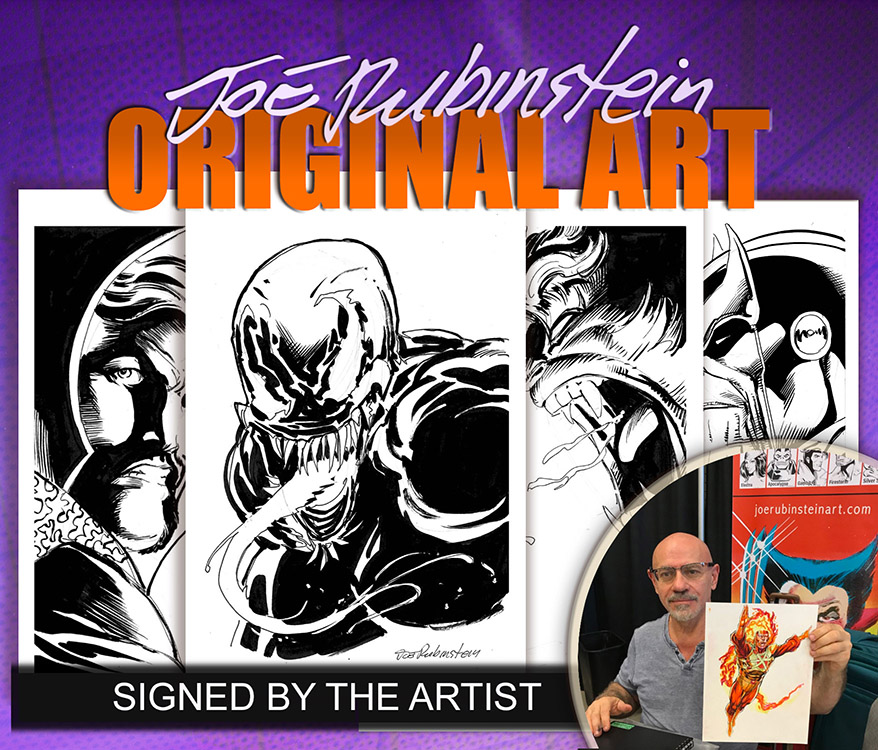 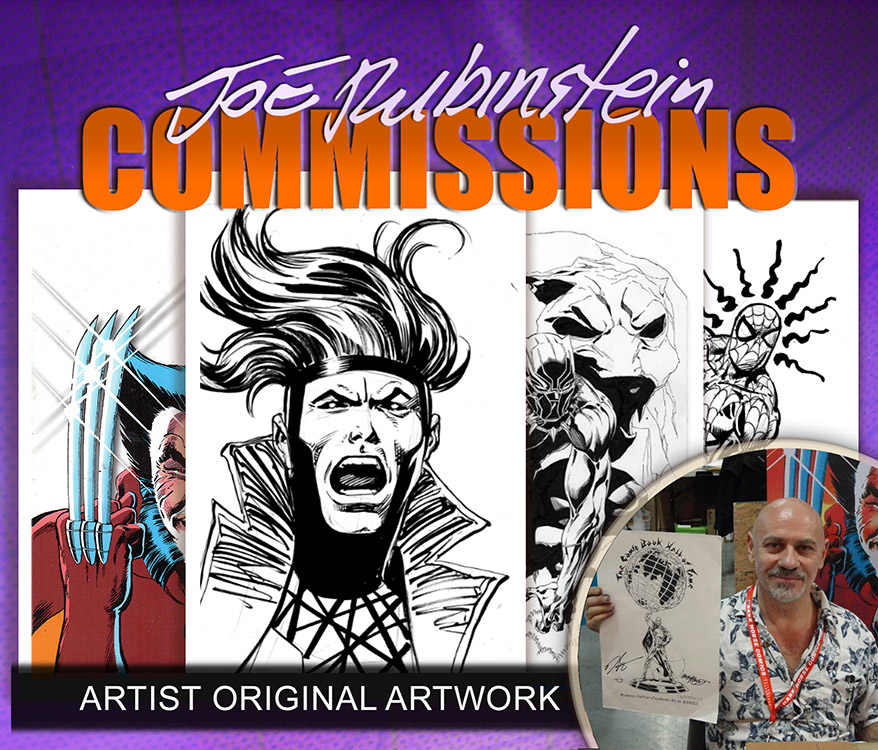